"My Operator" Administrator
Finance
No Comments

The numbers on the front of your bank card are not random. These digits can be used to determine who issued the card, in which country and by which bank, as well as other information. All this data can be provided by the first 6 digits of payment card number, which are called BIN (Bank Identification Number). However, sometimes you can understand the specifics of your payment card even by the first digit. Here we consider the cases when credit card starting with 2.

What credit cards start with 2?

Credit card that starts with 2 is considered to be a card issued by airlines. Indeed, the first digit on the card serves as the major industry identifier and “2” is connected with the airline industry. However, over time, cards starting with the number 2 began to cover other businesses including financial and other future industry assignments. 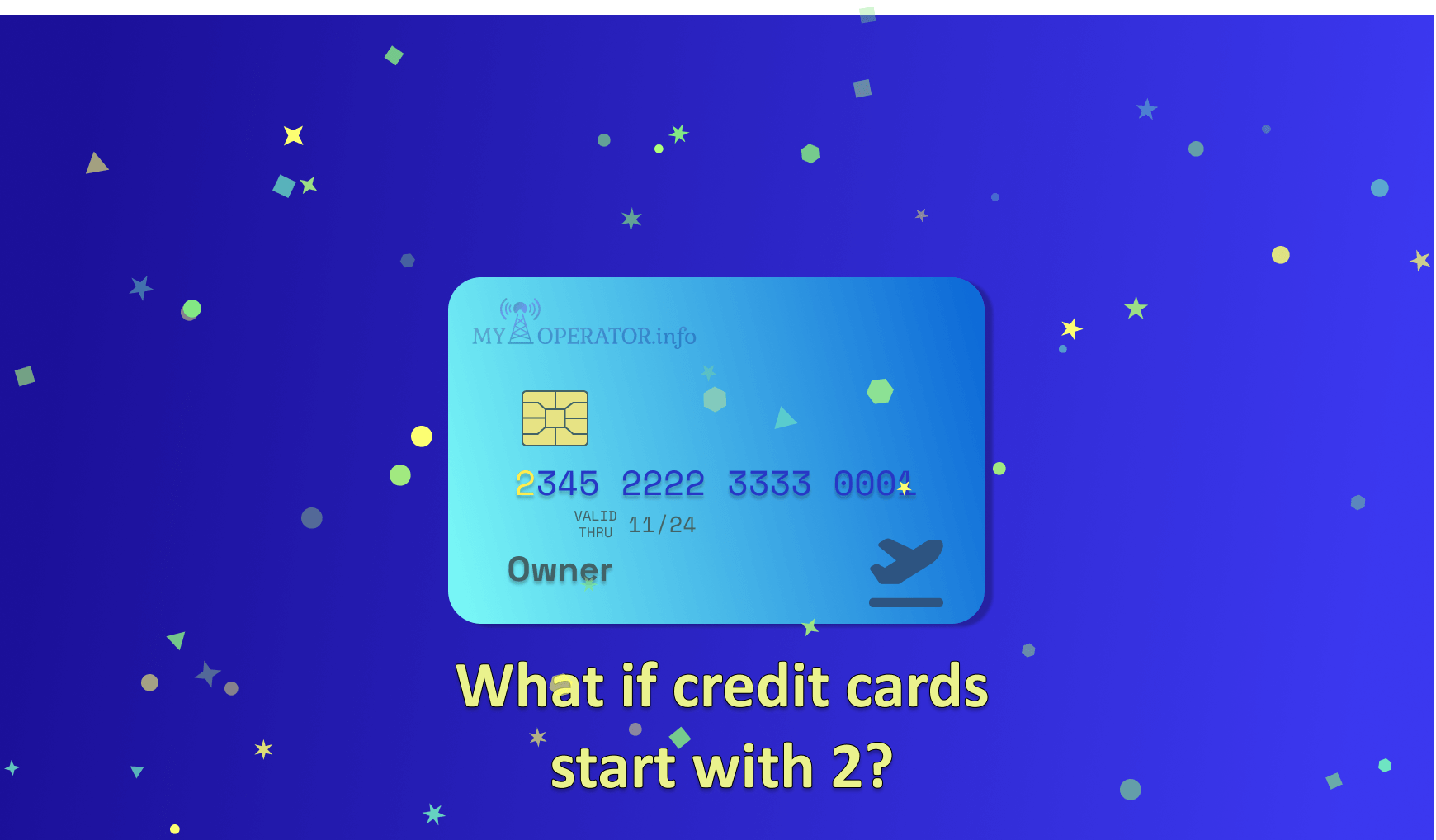 Of course, one number is not enough to determine the issuer, but among the companies that issue such cards, there are these ones:

In addition, credit card number starting with 2 may mean Cirrus Credit Card BIN, as well as BINs of some private labels and local brands. There are a lot of store-branded credit cards and co-branded card that issued by the retailers of consumer goods and services in partnership with a particular credit card issuer or network.